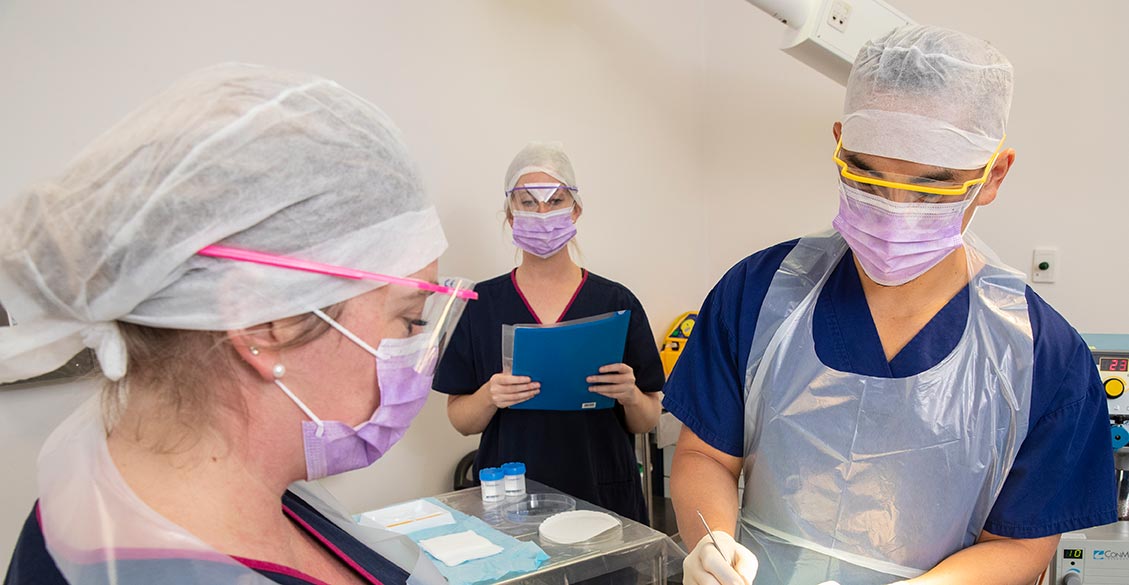 No-Scalpel Vasectomy (NSV) is a technique developed in China in 1974, and is now the recommended method of sterilisation for men throughout the world, being used extensively in the USA, UK, China and many other countries.

In vasectomy the tubes carrying sperm (vas deferens) from the testicles are blocked or cut. This prevents sperm mixing with the semen, making the man sterile.

In traditional vasectomy, two incisions (cuts) are made in the scrotum and through these each vas is located, cut and both ends tied. The skin wounds are closed with stitches.

NSV differs in the way the local anaesthetic is administered and in that a single “keyhole” entry is made to both vasa (you have a single wound). There is no cutting of tissues as in traditional vasectomy. These measures mean that the likelihood of bleeding and therefore subsequent swelling and pain is much reduced. In addition, there are no stitches required.

Our method is also “open-ended”, where the end attached to the testicle is not tied. There is widespread belief that this reduces the small risk of longer term testicular aching which is sometimes experienced after traditional vasectomy and is the method recommended by the American Urological Association (see website). As part of a NSV technique which includes the measure of “fascial interposition”, is it is just as reliable as tying both ends.  Fascial interposition is a method of creating a physical barrier between the two cut ends using tissue which normally covers the vas.

Though vasectomy should be considered irreversible, NSV is considered more readily reversible than traditional vasectomy.

Overall, with NSV there is less discomfort and recovery is faster.

For all enquiries please call.

We are happy to hear from you.
Quick Connect

Oxford Day Surgery is a first class accredited day hospital that is modern, purpose built and conveniently located. Established in 2009 as a Mohs specialty hospital by a number of Australia’s leading Mohs surgeons, it’s facilities include:

At Oxford Day Surgery we are proud to deliver the highest standard in clinical and nursing care to patients, families and clinicians through respect, integrity, innovation and compassion.